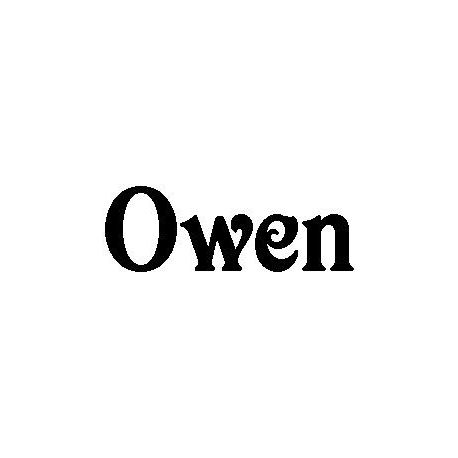 Some relate this name to Eugene in Welsh; for others, it could come from Breton, with roots "odo" and "win". Finally, according to another interpretation, Owen would be a variant of the Celtic name Awen. Whether one chooses the Breton or Celtic origin, the two meanings are flattering! If you have Celtic soul, Owen is derived from the name Awen, itself derived from the word "adguen" which means "beautiful", "elegant". If you prefer the Breton interpretation, "odo" and "win" translate reciprocally by "rich" and "friend".

The Owen are mysterious people. What one could characterize with phlegm is in fact an important capacity of interiorization. Thinking but suspicious, we do not stop them once they are decided! The Owen are capable of a lot to make their loved ones happy. Be careful though: if you hurt them, the weather may turn quickly to the storm!