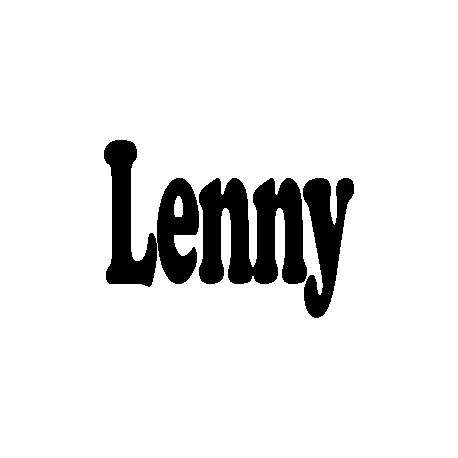 Lenny is a man of motivation and determination. He knows what he wants, and he will know how to use the means necessary for his success. Better to count Lenny among his friends than among his rivals!

Among the famous Lenny, Lenny Kravitz singer, musician, American composer. Lenny Breau was a Canadian guitarist, Lenny Bruce was a comedian, screenwriter, actor, and American director, and Lenny Castro is an American drummer as well. Lenny Henry is a British actor, screenwriter and producer. Leonard White III, better known as Lenny White, is an American jazz drummer. In the world of fiction, "Lenny" is a 1974 film by Bob Fosse, inspired by the life of Lenny Bruce. Lenny Leonard is also a recurring fictional character in the animated series "The Simpsons".