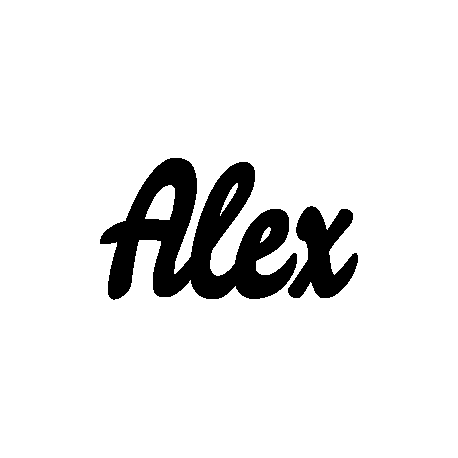 The name Alex is derived from the name Alexandros which comes from the Greek word Andros meaning "man". It can also be linked to the term alexein which means "to protect". Alex can be interpreted as " Defender of men » or « protector of mankind ».

By his power of adaptation and seduction, Alex will be able to satisfy his desires of conquests. Possessing an incomparable charisma, he also has a great presence and a certain class that make him a particularly influential and magnetic man. Diplomate, smiling and pleasant, he puts all his assets into play to win the respect and admiration of those around him. Not lacking in toughness, nothing will stop him. Alex is also a sensitive and affectionate person. Deeply attached to his loved ones, he does not let himself get over his professional life and pays full attention to his family.