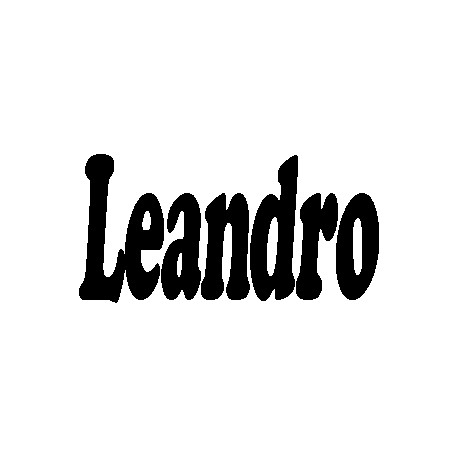 Leandro is the Hispanic transcription of the French name Leander. It is inspired by the Greek terms Laos and Andros which mean respectively "people" and "man".

The Leandro are discreet men, calm and not very demonstrative. They do not reveal themselves easily and have a distant and phlegmatic air quite opposed to their true nature. By getting to know them, you will discover their great sensitivity and their tremendous generosity. Since discipline is their main motto, the Leandro are generally applied, meticulous and organized. These perfectionist workers will have no trouble succeeding in life. Wise and mature, do not hesitate to confide in them, they will be attentive and good advice.