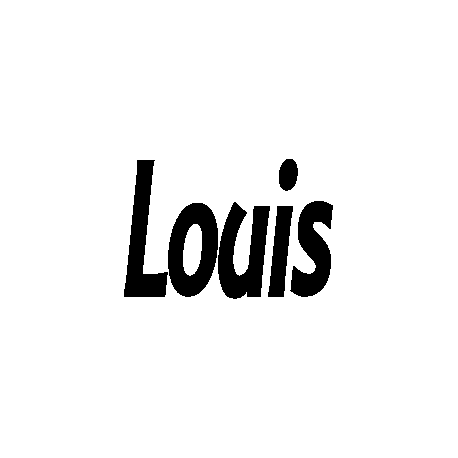 The name Louis is derived from the Germanic name Hlodowig, composed of elements Hlod- and -wig which mean "glory" and fight ".

Louis is someone very reassuring. Reasoned, thoughtful and structured, he does not go headlong and hates rushing. Dad and protective lover, Louis loves his family deeply. Despite appearances of big hard, Louis is sensitive, sweet and generous with those he loves. But beware, if you disappoint him, it will be very difficult, if not impossible, to regain his confidence.

Among the most famous Louis in France, the poet and novelist of the twentieth century Louis Aragon. The famous leather goods Louis Vuitton, several singers and musicians like Louis Chedid and Louis Bertignac as well as several comedians including Louis de Funès and a good number filmmakers including Louis Malle and Louis Delluc. The scientists Louis Pasteur, Louis Braille, Louis Daguerre and Louis Lumière. The famous American musician Louis Armstrong and the singer Louis Prima.