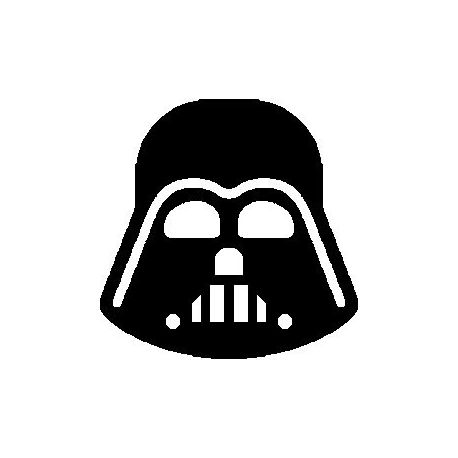 Anakin Skywalker, or Dark Vader is a fictional character, successively Jedi Knight and Sith Lord, and the central character in the first trilogy of the Star Wars movie saga designed by George Lucas.

In the original trilogy, he is presented under the name of Darth Vader, creature half-man, half-machine engorged in a black armor becoming symbol of fear and death. He then embodies the main villain of the story. Darth Vader also appears in the film "Rogue One", whose events are just before episode IV.

The Prelogy explores the childhood and youth of Anakin Skywalker, detailing the reasons and circumstances of his transformation into an evil character.

His education as a Jedi with Obi-Wan Kenobi, his shift from the dark side of the Force to become Emperor Palpatine's apprentice and arm, his final redemption allowing him to fulfill his destiny - to bring back balance in the Force and eliminate the Sith - and the fact that he is the father of twins Luke Skywalker and Leia Organa, constitute the main plot of the first two trilogies.