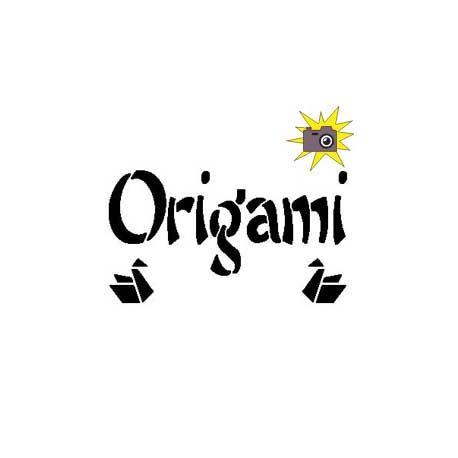 Origami is an ancestral Japanese art. His name literally comes from the words "folding" and "paper".

The most popular origami is the crane. A legend says, "Whoever folds a thousand paper cranes will see his wish fulfilled. "Because of this legend, the origami crane has become a symbol of peace.

When she was a child, Sadako Sasaki was exposed to the Hiroshima’s atomic bomb radiance. Following the legend, she decided to fold a thousand cranes to heal. Unfortunately, at 12 years old, she died of leukemia, she had then folded 644 cranes. Her classmates folded the missing cranes and she was buried with a thousand cranes garland. In the Peace Park in Hiroshima, there is a statue depicting Sadako, her hands open and a flight of paper cranes at her fingertips. In memory, each year the statue is adorned with thousands of thousand cranes garlands.